Why Does Canada Need Immigrants Today? 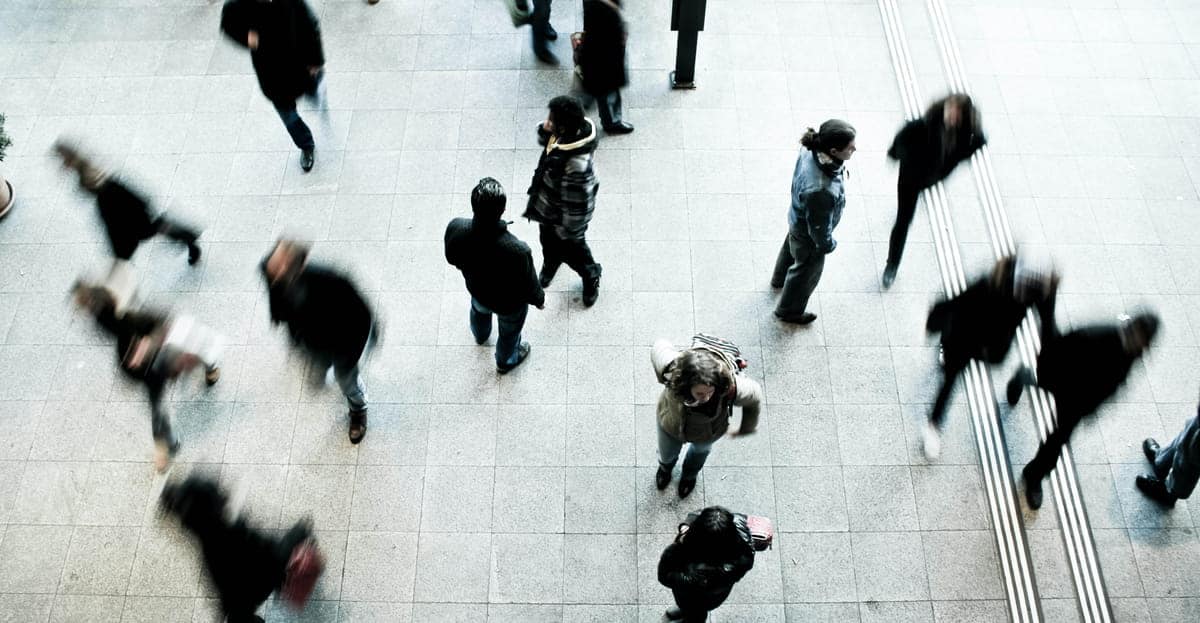 Canada has called itself “the Great White North”, emphasizing the “Great” part. It also shows itself as “the land of opportunity”. Canada is also quick to display its natural beauty and ethnic diversity. And, it does so to the highest possible number of people.

It may be a lot of advertising work for any country. For, in the case of Canada, it doesn’t just want tourists to come and visit. It wants more workers. It wants more residents. It even wants more non-Canadian born students. In general, Canada needs more people.

Canada like any other country has its share of problems. But, unlike other countries, Canada concerns itself with an aging population. On the surface, this is not a bad thing. However, Canada would not be marketing itself if it were not. Hence, Canada has always aimed to attract the best and brightest in the world. It also welcomes the marginalized and persecuted.

Why? Because Canada needs new immigrants.

Contents hide
1 The Great White North
2 Immigration: A Historical Overview of Its Need in Canada
3 Why Does Canada Need Immigrants?
3.1 An Aging Population
3.2 Economic Sustainability
3.3 Workforce Balance Between Territories
3.4 A Demand for Skills
4 Is Canada Looking for Immigrants?
5 Do Immigrants Leave Canada?
6 Conclusion
6.1 Choose Canada Magazine

Immigration: A Historical Overview of Its Need in Canada

Canada’s need for immigrants is not a new or recent development. On the contrary, Canada has had a long history of welcoming new immigrants on its shores. Immigration has been the country’s go-to solution for about 200 years until today. But, I didn’t always have a problem with its population.

1851 was a period of high birth rates. According to Statistics Canada, during this time, the fertility rate was 6.56. This means that every mother had at least 6 children. This would be more than enough to keep the Canadian population in balance.

However, within the 80 years that followed, the number of births gradually dropped. By 1937, the fertility rate had dropped greatly to 2.64 children per mother. And, this was due to a number of factors such as the rising costs of childbearing. We have to consider that this was also a time of greater urbanization in Canada. So, the dependence on wages (which were not high) was also a factor.

After World War 2, the fertility rate increased slightly to 3.94 children per mother. And, the numbers would remain this way until 1959. Unfortunately, this would not last.

By the 1970s, due to contraception and access to divorce, birth rates began to decrease again. Worse yet, mothers were having children at later ages. In fact, most mothers would bear children at the age of 30 during these years.

These trends alarmed the Canadian parliament. So, recognizing the possible problems this may have on Canadian society and the economy, parliament drafted the Immigration Act of 1976. The law classified immigrants into different types. It also allowed vulnerable people like refugees and disabled people to enter the country. In 2002, the Immigration and Refugee Protection Act would replace this.

And, under the laws of the Immigration and Refugee Protection Act, immigrants are accepted to contribute to the economic growth of Canada. The provisions of this law stand to this very day.

Why Does Canada Need Immigrants?

The short answers to this question are the following: an aging population, economic sustainability, workforce balance between territories, and a demand for skills. All of these are interrelated. That is why the current liberal party sees immigration as the solution to all of these issues. To the Prime Minister of Canada, solving one problem addresses another.

Problems occur when the elderly heavily outnumber the young. Despite Canada’s high living standards, the country has not achieved the right replacement fertility rate since 1971. A replacement fertility rate is the ideal number of children each mother should have. This number is based on the number of people needed to keep the population balanced.

To offset this, Canada has turned to immigration.

An aging population always has a negative impact on a country’s economy.

Here are some basic facts nobody disagrees with:

In Canada, more and more elderly people collect pensions and benefits. This is made worse by an increase in retirement. Without enough workers, the government cannot collect enough income tax for the pension fund. But, pensions are not the only expenses of the government. The Canadian government also spends on the military, health care, education, and social services.

Thus, this creates an obvious problem. If the number of workers decreases as retirement increases, public funds may be insufficient. And, with insufficient taxpayer’s money, the government may not be able to sustain any benefits or services.

As a reporter from the Financial Posts said in 2019, one of two things might happen: either a Canadian pays more taxes. Or, Canadian pensioners collect less. And, because of a low replacement fertility rate, Canada needs immigrants as workers to help sustain itself economically. Simply, the country needs immigrants to grow the labour force.

For this reason, the Canadian government constantly tries to help immigrants settle and work in Canada.

Immigration levels of skilled workers and students are high in the following provinces: Ontario, Quebec, Alberta, British Columbia, and Manitoba. In fact, a 2013 report shows that one-third of the total number of immigrant skilled workers chose Ontario to settle. So, it is not surprising to see that Ontario has many immigrants.

However, there are 5 other provinces in Canada. These provinces do not see the same immigration levels as the provinces mentioned. As a result, the labour force in these other territories and provinces remain low.

Of late, the Canadian government has tried to promote Yukon, Nunavut, and Newfoundland and Labrador. As these provinces developed, the demand for new immigrants as workers also rose.

A Demand for Skills

It has been the case for many years that Canada has a shortage of skilled labor. The shortages are in a number of professions such as in health care and engineering. And, the lack of skilled workers was estimated by the Conference Board of Canada to be at roughly 3 million as of this year. Simply put, these figures of the Conference Board of Canada show that it needs 3 million workers to fill in positions in health and engineering!

“Canada has enough universities to train Canadians to fill in the gaps in labor.”

The response to this line of thinking is simple: Canada’s population is aging.

Canada does have the capacity to educate and train members of its own population. But, with the observed drop in young people, Canada would have an easier time solving this problem in another way. And, this is by welcoming new immigrants to train, study, and work. Besides, statistics seem to show that most immigrants already have degrees and certifications outside Canada. This is a bonus for the country!

Is Canada Looking for Immigrants?

In his first policy speech, he talked about the link between immigration and Canada’s economic growth. He recognizes the importance of addressing skill shortages and low birth rates. From this, he proposes to make immigration and citizenship easier for applicants.

His immigration plan is planned to take place over a span of 3 years from 2019. Within that period, he plans to bring in 350,000 immigrants in 2021 while making small increases. His target is currently at least a million immigrants by 2022.

He has observed the worker shortages in Newfoundland and Labrador, New Brunswick, Nova Scotia, and Prince Edward Island. So, he has proposed the Atlantic Immigration Pilot Program. This will allow business owners in these areas to hire foreigners directly.

With all these plans that the immigration minister has, the answer to the question above is clear.

Canada is indeed looking for immigrants!

Canada seems like the perfect country for anybody to settle in. Be that as it may, some immigrants do choose to leave. Hearing this, you might be skeptical. But, it does happen! If you’re wondering why, read on.

One of the most common reasons is work-related. A good number of immigrants come to Canada after leaving their jobs. In some cases, these jobs are very lucrative and prestigious in their home country.

Being immigrants, they tend to compare the entry-level jobs they have in Canada and their jobs at home. Those who are OK with an entry-level job stay. But, those who are not fine with it leave. To avoid this, you need to understand one thing.

In Canada, there is such a thing as the dignity of labor. It means that so long as you work, many people will view you with respect. No matter what the job is. Canadian society has a high opinion of the ability to work hard. So, when you arrive in Canada, just get some work experience. And, do not compare it to your last job.

Another common reason seems to be Canada’s climate. Many immigrants come from countries with tropical climates. In these countries, there is no winter. Sometimes, immigrants arrive between November and February. These are the winter months.

Some newcomers are not used to the cold. This is the first thing they experience. Thus, they generalize that the rest of their stay in Canada will be similar. Which is not true! An easy solution to this is to prepare for the cold even before arriving. Also, you could schedule your arrival in the summer months.

Last but not the least, there’s homesickness. This is common for anybody who leaves their home. Luckily, in most cases, this is temporary. However, it does send some people packing. Easy solution: involve yourself in your community. It will help you get used to the culture and help you fight feelings of loneliness.

In summary, Canada has a growing number of elderly citizens and retirees. For this reason, the current administration has looked to immigration.

Canada needs more immigrants. And, it will continue to in the years to come.

So, would care to help a country out? 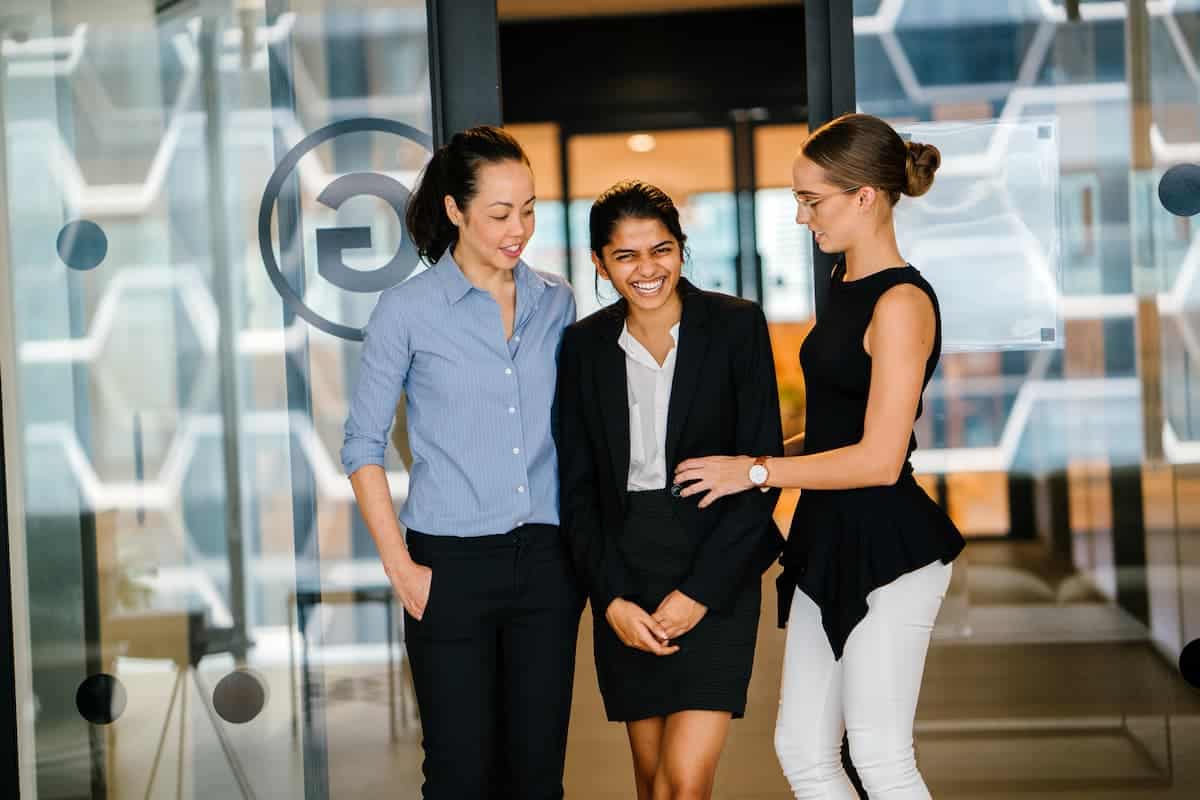